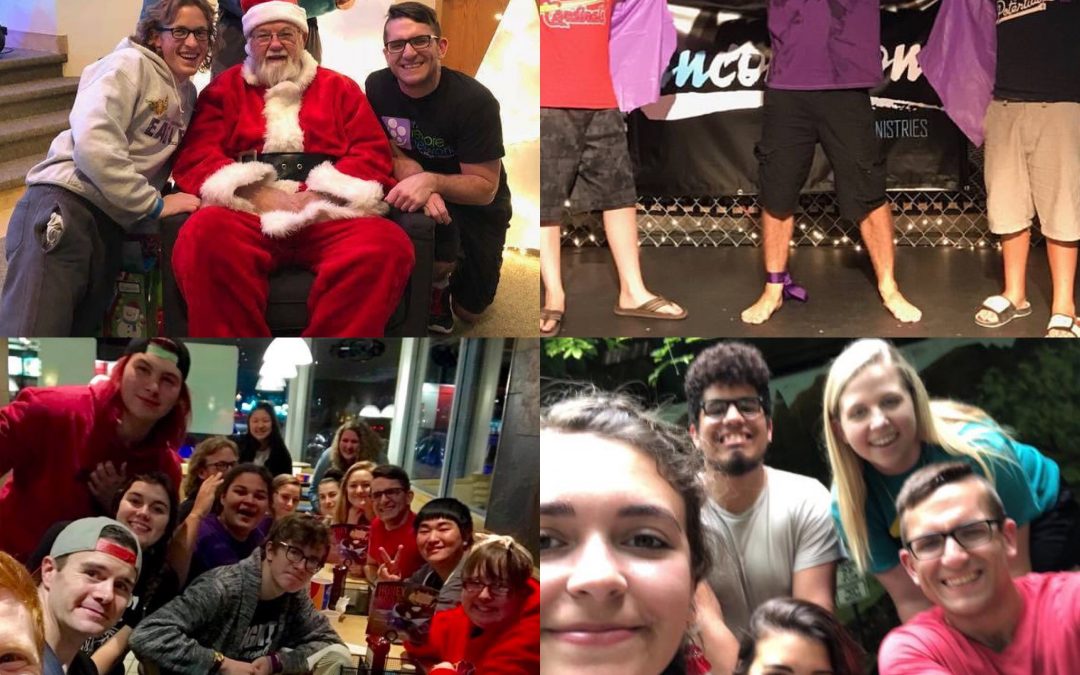 Tomorrow will be the last sentence in this chapter of my life story as I finish my time working at Cornerstone Church. It’s significant because this was my first paying job right after college. But the first role given I took on fresh out of graduation was as a Youth Leader at Uncommon Student Ministries.
———-
When I left Evangel University, I had no idea what I wanted to do with my life. All I had figured out was something to do with ministry and media stuff. So I was given the opportunity to try both those things under the leadership of Chris Stanley.
———-
I’m not going to lie, it was a little awkward at first as I tried to find my place amongst the teenagers. Then I found my place as “the loud fun guy who helps with everything”. Chair Setter-upper. Camp Counselor. Sunday School Teacher. Occasional Sermon Speaker. Video Guy. Whatever was needed. What can I say? When you don’t have a whole lot of bills or responsibilities, you have a good chunk of time on your hands.
———-
To figure out what you want to do with your life, you have to try a bunch of different things. I have volunteered and freelanced for a variety of organizations, but Uncommon has been the constant in my adult life. There was even a time when I thought I wanted to be a Youth Pastor. But I eventually realized I’m called to be a full-time storyteller rather than traditional ministry. So where does the youth ministry stuff come into play?
———-
If you want to make a significant difference in the lives of others, you have to be willing to get deep and play the long game. And I’ve been blessed to be consider a sort of “big brother” by a few of the student. Despite this chapter coming to a close, I’m thankful Uncommon isn’t going anywhere. With this new job and new place to live, I will still continue being a youth leader. Being a youth leader is fun but it’s also one of the most important things I do. It’s all about loving people and helping them get to know the God who loves them even more.
———-
Both Uncommon Student Ministries and I are entering into new chapters. In September, I begin working for the Illinois A/G in Carlinville and Jake Wesemann will be our new Youth Pastor. Change is scary, but it’s necessary for growth. And I’m thankful for a God loves us through the process of becoming who we are meant to be.
———-
Students of Uncommon: Thank you for allowing me to be apart of your lives now and into the future. It’s been a joy being a youth leader since 2015 and I’m looking forward to all the stories we have yet to live.